But don't worry! Red V3 is already here and you can install it using one of installation guides on our new site!

⚠ Warning! ⚠ This site is for an out-of-date version of Red! If you are looking to install the latest version, please see our new site!

Guide originally made by orels1 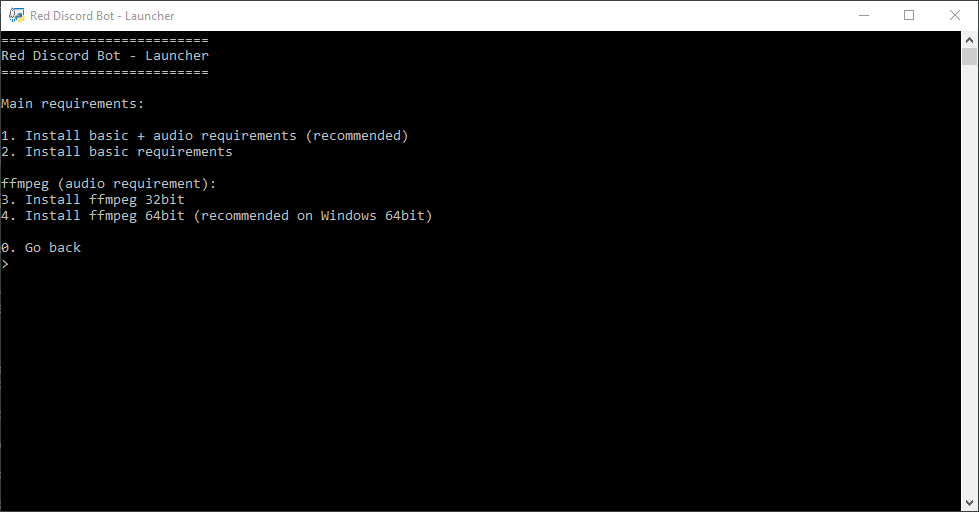 Tip:
The launcher will create 2 scripts: start_red.command and start_red_autostart.command. You can use those to start Red directly without passing through the launcher.
Important:
If the login fails with ‘SSLError’ it may be necessary to run this command first:
python3 -m pip install certifi
You can find more informations about this issue here

Pick the update option from the launcher or do